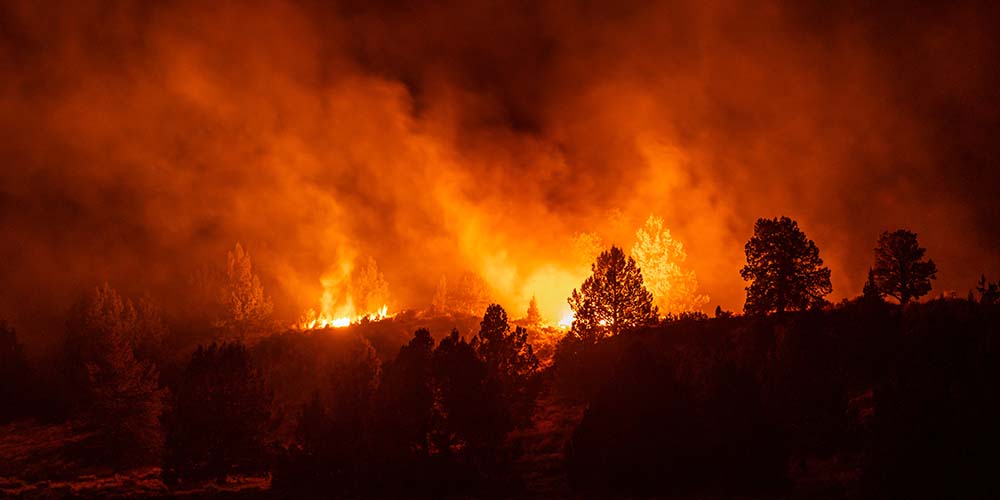 Wildfires are part of nature's method of bringing balance to ecosystems. However, fire suppression practices combined with expanded human settlement into fire prone territories over the last century have disrupted that balance and exacerbated the damage done by fire. Researchers in the Department of Forestry have studied how evapotranspiration, or water usage by vegetation, is an indicator of an ecosystem's overall health. Working with scientists from the University of California, the team analyzed satellite data from 1985 to 2017 and found that wildfires increased the percentages of evapotranspiration over a 15-year period. They also found that taking forest management actions such as thinning or controlled burns would result in a reduction in evapotranspiration, mitigating the impact of continued drought and future wildfires. 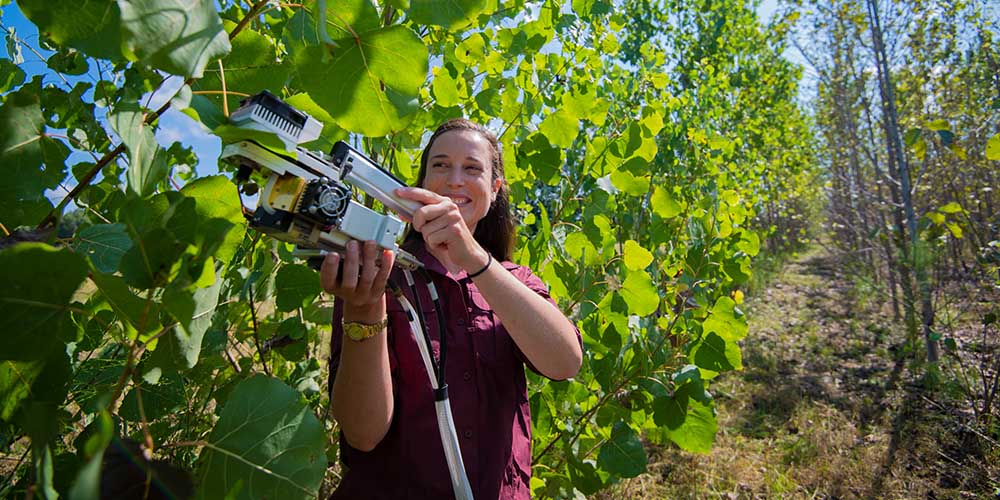 Powering up Renewable Energy in the Southeast

Biomass powers 43 percent of the nation’s renewable energy and FWRC researchers are finding ways to optimize biomass production for landowners in the Southeast. A team led by Dr. Heidi Renninger, associate professor in the Department of Forestry, is studying how to produce better, hardier hybrid poplars harvested for biomass energy. The researchers use precision agricultural tools to measure economic and ecological benefits of growing trees to convent to renewable biofuel and have built a model that quantifies both productivity and ecosystem services these tracts of trees can provide. This research is funded by the U.S. Department of Energy. Collaborators include University of Tennessee and Louisiana Tech University. 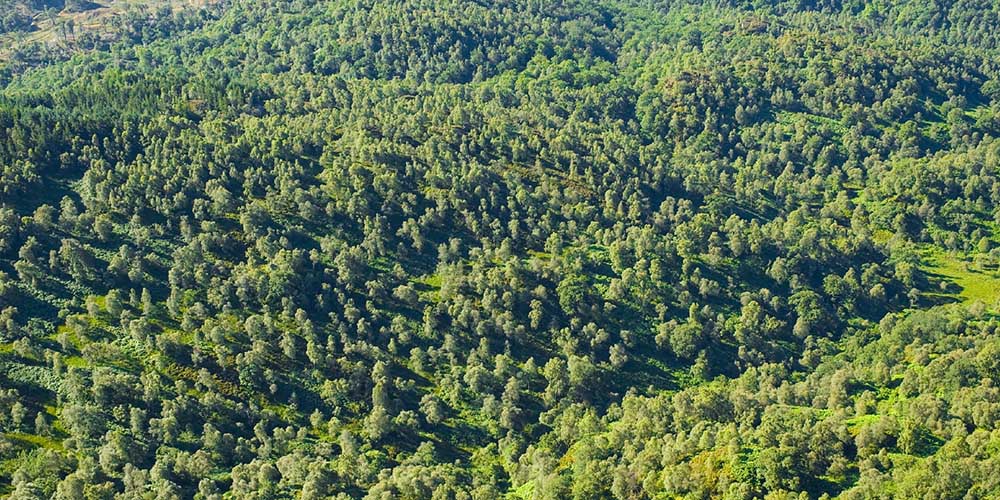 How Much Carbon Does U.S. Forests Capture?

Dr. Krishna Poudel, assistant professor in the Department of Forestry and FWRC scientist, is conducting research to find an efficient and accurate forest biomass measurement method. Poudel and his collaborators collected destructive samples from several species in eastern and western United States to experiment with creating better models for estimating biomass. This research will help federal resource managers, private and industrial landowners, and the public by determining fuel loads and measuring the forest’s vulnerability to fire.