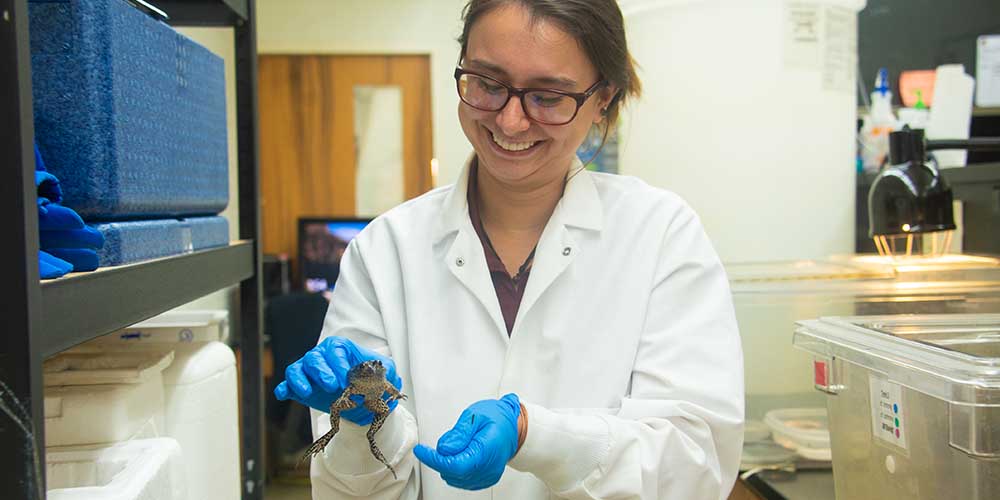 Hopping from Extinction to Success

An unlikely amphibian, the Mississippi gopher frog, is on the road to recovery with the help of Mississippi State scientists. Listed in 2001 as an endangered species by the U.S. Fish and Wildlife Service, the population is now being reintroduced to the wild. Dr. Andy Kouba, professor and head of the Department of Wildlife, Fisheries and Aquaculture, began working with populations of the Mississippi gopher frog in 2003 to combat their extinction. According to Kouba, amphibians are the canary in the coal mine for showing declines in the wild due to poor environmental conditions. Kouba and his team set out to develop a national repository of reproductive cells for threatened amphibians that could be used to generate new live offspring.

To date, ten amphibian species have had their genetics deposited in the frozen genome bank, and Kouba hopes to add more to the collection and look at a similar system for threatened reptiles.